Let’s start off today by talking about the keto diet—even though we’re pretty sure that you already know what it is!

The keto diet, also known as the ketogenic diet, is a diet that is based on the philosophy of low carbs and high fats. By cutting out the number of carbohydrates that you eat, your body will start to burn fat in order to function instead of burning carbs. This is how keto helps you lose weight.

Going on the keto diet, however, can be a pretty drastic change in your diet. Depending on what you usually ate before starting eating keto, your body might initially be very confused about the change in the usual. Unfortunately, that can lead to a rash!

What is this keto rash, and how can it affect you? Our goal today will be to help you get a full understanding of this condition. We will discuss what causes it and what you need to do in order to treat the affected areas.

What Is Keto Rash?

This type of rash is a rash that appears when you are following a ketogenic diet and your body has an adverse reaction to the change. Keto rash is usually characterized by itchy red areas, specifically on the torso, neck, and head.

In addition, you may see these and other symptoms when suffering from this rash:

Aside from causing these spots, a keto rash can be annoying to have to deal with as well! Do you have to give up on your keto diet in order to get rid of this rash? Today, we’ll help you find out.

Why Does This Type of Rash Happen?

Ketosis rash has an official medical name—prurigo pigmentosa. There are other situations in which this condition can happen, but more and more people are reporting that this type of skin rash happens when they are following a strict dietary regimen.

A lot of people believe that the rash happens because of ketosis. Here is why many believe that ketosis is a direct cause of these conditions:

However, there is still a lot of research that needs to be done in order to show exactly why the rash might be affecting those that follow the keto diet. Some research shows early signs of correlation, but it will be some time before this specific side effect is fully understood.

Cases like these (1, 2) show a strong correlation that ketosis is a major cause of ketosis rash. Additionally, external factors like sunlight, sweating, allergens, and more can exacerbate how severely or quickly the rash affects some people.

How Long Does the Rash Last?

Generally speaking, ketosis rash should disappear within a day or two if you address the rash by eating carbs. If you use another method instead, it could take a week or two to see an improvement in your condition.

For some people, the rash will be more severe and may not go away for weeks or months without stopping the keto diet. If you are dealing with a more serious rash that has been around for a month or longer, you should consult with a doctor sooner rather than later to address your rash.

Long-term rashes are usually being exacerbated by something other than just the diet, and your doctor will be able to help you identify just what is causing your symptoms to continue for such a long time.

Ketosis rash is not, in most cases, a serious medical condition. While the symptoms of it can be very frustrating, they will not cause permanent damage to your body unless you have other problems going on at the same time.

Still, that doesn’t make the issues associated with ketosis rash any less frustrating! Try one (or more!) of the following solutions to help cure your rash at home. You might be surprised at how easily this problem can be taken care of.

Sweat can be a big contributing factor to the severity and frequency of ketosis rash. Since a lot of people have found that the rash is more widespread and severe when they are sweating a lot or in areas where a lot of sweat gathers, you might be able to treat your rash by altering your exercise routine.

Try doing exercises that do not cause as much sweat, and wear clothes that wick the sweat away from your body very quickly. It is also recommended that you shower frequently and moisturize your skin to help combat the conditions that can allow for skin inflammation to easily develop.

While this might not work for everyone, some people found that they were basically working themselves out into having this type of rash. If you can alter your exercise routine easily, you’ll be able to find out if your routine is contributing to your rash or not.

Along the same vein, you might be able to help cut out the rash by showering more frequently than you might normally do. The goal of doing this is to get the sweat off of your body as quickly as possible.

Sweat created while your body is in ketosis often contains acetone, which is an irritant to the skin in certain concentrations. If sweat sits on your body, it will become itchy. Then, you might be tempted to rub the areas that are most irritated. Rubbing them, however, will just make the problem worse!

Try showering more frequently to see if that will help. If you do this, make sure that you are also moisturizing your skin to avoid drying it out too much.

Getting a rash from keto is a relatively rare phenomenon. For some people, they never experience a rash even after they have done the keto diet consistently for months. For others, the onset when they start following this type of diet is almost immediate.

Ultimately, the ketosis rash typically only happens in the beginning stages of the diet while you and your body are adjusting to the change in nutrients, food intake, and processing method. If the rash isn’t too painful or annoying, then you can simply wait it out.

Take Supplements to Treat the Rash

Some keto diet lovers have found success in treating their rash with essential oils and other supplements. In terms of supplements, try adding the following to your diet:

All of these supplements have been shown to have positive effects on conditions of dermatitis, skin inflammation, and other skin conditions. While they would not treat the root cause of your rash, they would be able to help alleviate their symptoms.

The fastest way to get rid of the rash symptoms if you are sure that the rashes were caused by your dietary changes is to reintroduce carbs to your diet. While most people will not want to stop keto as it is a very effective diet, it might be necessary to try another type of dietary plan if you want to get rid of the rash.

Many people have reported that reintroducing carbs to their diet very quickly cleared up the symptoms of ketosis rash and returned their skin to normal. Consider, however, that it might not be just the lack of carbs and constant ketosis that are causing the rash.

If you are not getting enough vitamins like vitamins A, C, or even vitamin B-12, your skin will be more likely to be affected by inflammatory conditions like ketosis rash.

When you eat a restrictive diet like the keto diet, it’s quite possible that you aren’t getting the same nutrients that you were previously eating. Even if you stick to keto, try to ensure that you are getting a well-balanced variety of vitamins and minerals to lower your risk of being affected by ketosis rash.

Get an Allergy Test

When switching to a restrictive diet like the keto diet, you might start eating foods that you normally did not eat very frequently. Most commonly, people will start adding foods like eggs, fish, and seeds to their diet.

Coincidentally, these are also foods that people are commonly allergic to! Check if food allergies might be a cause of the inflammation that you believe to be ketosis-caused rash. These foods could be worsening the rash or causing you other frustrations.

With a simple allergy test, you can rule out food allergens as the cause of your symptoms.

Talk to a Doctor About Your Diet and Symptoms

If ketosis rash is still causing your problems after you try some of these solutions, it might be time for you to try talking to a doctor. Consult with them about your diet, the symptoms that are affecting you, and what you would like to do about it.

A doctor will be more equipped to help you understand if the keto diet is causing your symptoms. They might even be able to prescribe medication to help treat the symptoms without you having to stop the keto diet.

In some cases, it might be possible to avoid the risk of getting a rash altogether. Here are three simple ways that you can try to help prevent the rash from ever having a chance to set in.

When people start the keto diet, they are usually so excited about it that they want to get into the results stage immediately. This usually means getting to ketosis as fast as possible. If you want to start keto without the high risk of keto rash, however, you should transition to ketosis more slowly.

Instead of dropping carbs immediately or for long periods right away, try to reduce how many carbs you are eating over time. Then, you should be able to enter ketosis without having a rash set in.

Check yourself for signs of a rash setting as you lower your carb intake. When you see signs of it, add some carbs back into your diet. Once you stabilize again, try to lower the carbs again. Hopefully, there won’t be any signs of a rash the second time.

Prevention is all about recognizing both the risks and the onset of a problem, so you need to be aware of what could be happening to your body while you follow a keto diet. In this way, it is possible to prevent something like this type of rash from causing problems for you.

While on the keto diet, you want to avoid any type of deficiencies to prevent keto rash and also to keep your body in the best shape possible. This means taking supplements throughout your keto journey.

Using a once-a-day vitamin should be enough, but you can also supplement with any specific vitamins or minerals that may be missing from your diet if you prefer to address any potential discrepancies more directly.

Many people have found that supplementing their diet with bile salts that you won’t be getting as much of (cholic, deoxycholic, chenodeoxycholic, and lithocholic acids) can help your liver to process fatty foods more effectively, lowering your chances of developing the rash.

Many people falsely believe that following a strict diet such as the keto diet means that you have to suffer. After all, we’ve been conditioned to believe that diets are meant to be painful and difficult but that doesn’t have to be true at all!

Don’t let ketosis rash continue to plague you simply because you believe the notion that any diet is going to cause some issues. Instead, use the information and tips that we have presented today to help get rid of the rash as quickly as possible.

This rash should never be a permanent part of your keto diet; address it quickly so that you can make the most of your time on keto instead! 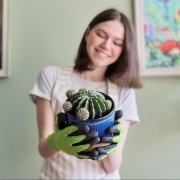 With Product You Purchase

Low Carb Diets: What You Need to Know 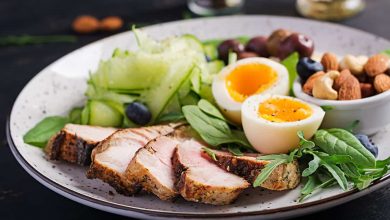 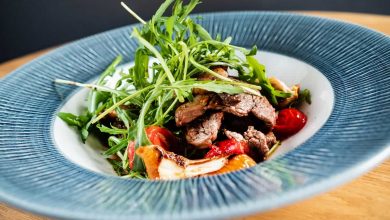 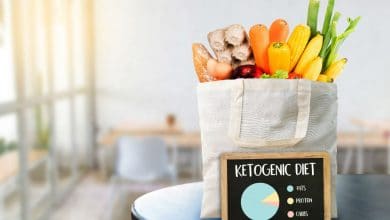 What Happens If You Don’t Eat Enough Fat on Keto? 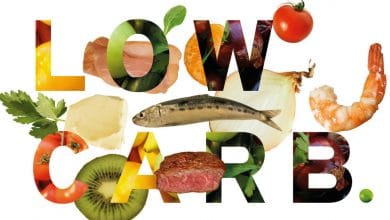 What Fruits Are Low In Carbs?

Get your FREE REPORT Now!